Our Stem Cell Markers are widely used and frequently published. These play an important role for understanding the molecular events that take place during the differentiation of human pluripotent cells. They are essential for the protocols aimed at insuring the generation high of quality differentiated cells. 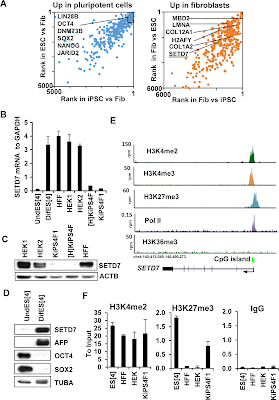 Neuromics is pleased to provide many different stem cell related options for your cell based assays. I will continue to post updates.
Posted by Neuromics at 8:09 AM No comments: Links to this post

3-D Cell Based Assays Are Evolving

There is a growing body of publications of why 3-D matters in drug discovery and toxicology assays. This table shows important distinctions for single cell assays.
Table: Key Differences in Cellular Characteristics and Processes in Two-Dimensional and Three-Dimensional Culture Systems

From the table, we see, for the most part, the overall advantages of cells in 3-D for generating more in vivo like data. We also see potential issues like: "Nutrients and growth factors or drugs may not be able to fully penetrate the spheroid, reaching cells near the core".

We have resolved penetration issues with our engineered Collagel Hydrogels. We have further enhanced the assays by including multicell assays that even more closely mimic the in vivo environment.

Our Blood Brain Barrier (BBB) Model, for example, includes our:
These cells are pre-cultured in the engineered gels and cost a fraction of the individual components (see: culturing and assay protocol).
Our intention is for you to generate the most in vivo like data possible.
Posted by Neuromics at 6:40 AM No comments: Links to this post

We are pleased to introduce our BBB Model. It is designed to provide more in vivo like data for your drug discovery and toxicology assays.

Our model mimic transport properties of the BBB due to the formation of tight junctions, higher expression of specific carriers, or great cell viability. The model includes brain endothelial cells with pericytes and astrocytes layered in an insert. This model improves endothelial cell polarization and enhance the formation of tight junctions, provide better endothelial cell-to-cell contact that is important for barrier development, and prevent the dilution of secreted neurotrophic factors, and these conditions collectively led to the development of an in vitro model that can truly mimic the BBB.

Transport of a molecule (blue) through 3D Human BBB Model in a luminal to basal direction
Calculation of apparent permeability (Papp in cm/min)
Apparent permeability coefficient Papp (in cm/min) based on the Fick's law can be calculated according to the following equation:

Our goal is to provide you better data...at a lower cost.
Posted by Neuromics at 11:59 AM No comments: Links to this post