Data End Points Differ
Our clients continue to use our cells and kits for co-culturing. The goal is to develop the most in vivo like results possible.

At each dose, the results vary and as the dose of Bis1 increases this variation increases.

We welcome your questions, input and feedback on our co-cultures. Pete Shuster, Owner, pshuster@neuromics.com or 612-801-1007.
Posted by Neuromics at 6:46 AM No comments:

You can Trust Your Results
Cells form the foundation of your cell based assays. We work hard to provide the cells you need and, more importantly that they are healthy and happy.

We are pleased to announce that we are recognized for having primary human cells that comply with federal and international regulations. This is especially important in drug discovery, because if the cells yield targets that result in future therapies this validation becomes increasingly valuable. 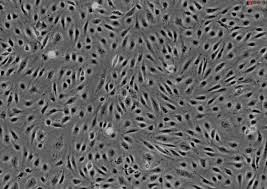 Looking for "hard to find cells"? Check us out today.

Could The CB1-TRPV1 Crosstalk be a Target
Our pain marker-TRPV1-was recently referenced in an interesting study. Here researchers suggest that spatial distribution of the CB1 receptor and TRPV1 contributes to the complexity of their functional interaction.

They conclude: "Therefore, in order to utilise the analgesic potential of endogenous anandamide fully in PSN, ways to interfere with the mechanisms, through which the CB1 receptor promotes anandamide-responsiveness and sensitisation of TRPV1, must be identified. Due to the co-expression of TRPV1 and the CB1 receptor in various areas of the brain, the CB1 receptor – TRPV1 crosstalk we characterised in the present study could also have relevance in brain signal processing." 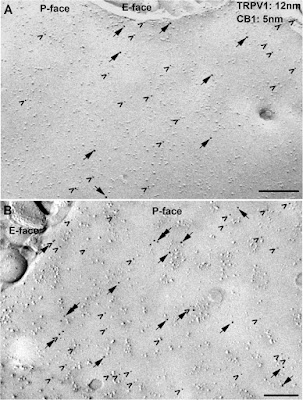 The SDS-FRL method reveals two major types of CB1 receptor and TRPV1 spatial distribution in DRG neurons. (A,B) Double immunogold labelling for TRPV1 (12 nm particles; arrows) and the CB1 receptor (5 nm; arrowheads) reveals that the immunoreactivity for both proteins is moderate (A) to strong (B) on the protoplasmic face (P-face) but not on the exoplasmic face (E-face) of plasma membrane of PSN. In some patches of putative somatic membrane of PSN, the great majority of immunoparticles for TRPV1 and CB1 are isolated from each other (A), whereas on other patches of the membrane immunoparticles for TRPV1 and CB1 form co-clusters (arrow + arrowhead in B). Note the occasional co-clustering of particles labelling TRPV1 (double arrows in B). Scale bars = 0.2 μm
Methods: Sodium dodecyl sulfate (SDS)-digested freeze-fracture replica immunolabeling Immunohisto-chemical labeling for electron microscopy was performed. Briefly, adult (150–200 g) male Sprague-Dawley rats (n = 4) were anesthetized with sodium pentobarbital (50 mg/kg, i.p.), and perfused transcardially with 25 mM PBS, followed by 2% paraformaldehyde and 15% saturated picric acid in 0.1 M phosphate buffer (PB). Sections from DRGs were cut at a thickness of 110 μm. The slices were cryoprotected in a solution containing 30% glycerol in 0.1 M PB and then frozen by a high-pressure freezing machine (HPM 100; Leica, Austria). Frozen samples were inserted into a double replica table and fractured into two pieces at −130 °C and replicated by carbon deposition (5 nm thick), platinum (2 nm), and carbon (15 nm) in a freeze-fracture replica machine (BAF 060; BAL-TEC, Lichtenstein). They were digested in a solution containing 2.5% SDS and 20% sucrose in 15 mM Tris-HCl at 80 °C for 18 h then at 60 °C for 18 h. The replicas were washed in 25 mM PBS containing 0.05% bovine serum albumin (BSA; Roth, Germany) and then incubated in a blocking solution containing 5% BSA for 1 h. Subsequently, replicas were incubated in a mixture of primary antibodies (TRPV1 raised in guinea pig against the 22 amino acids of the C terminus (YTGSLKPEDAEVFKDSMVPGEK; Neuromics, USA), the dilution was 1:1000 and CB1 receptor (Prof. K. Mackie, raised in goat; Veress et al. 2014), dilution was 1:4000) in 50 mM Tris-buffered saline (TBS) containing 1% BSA. After several washes, replicas were reacted with a mixture of gold-coupled donkey anti-guinea pig (for TRPV1; 12 nm) and rabbit anti-goat (for CB1, 5 nm) secondary antibodies (1:30; BioCell Research Laboratories, Cardiff, UK) in 25 mM TBS containing 5% BSA. The anti-TRPV1 antibody from Neuromics provided better staining in the replicas than then the anti-TRPV1 antibody from Chemicon, which we tried in a pilot study. They were then washed and picked up on 100-mesh grids. The specificity of the antibodies was tested on tissues dissected from TRPV1 and CB1 knock out mice.

We will keep you posted as we discover new research on targeting CB1 for pain. That said, could this crosstalk be central to medical marijuana and its ability to ameliorate certain forms of pain?
Posted by Neuromics at 2:58 PM No comments:

Trust is hard to gain and easy to lose. My focus over the past 12 years has been to earn the trust of all our clients. This means that we do everything possible to insure our solutions work. When we come up short, we strive to resolve your issues the same day, and we have one of the easiest replacement policies in the market today. Here's proof. 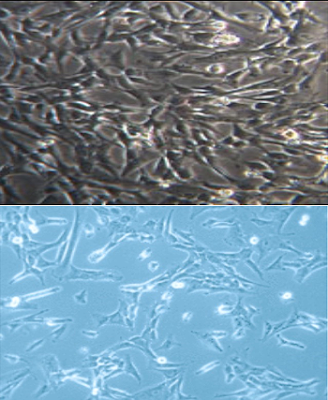 HBMPVCs in Culture
Trust and Publications: There are hundreds of publication referencing use of our products. Want to see if a product of interest is published? Just Ask
Need hard to find human cells? Please contact me directly pshuster@neuromics.com or 612-801-1007. We can together determine your needs and desired outcomes and provide a statement of work with pricing, project milestones and delivery.

Posted by Neuromics at 5:51 AM No comments: