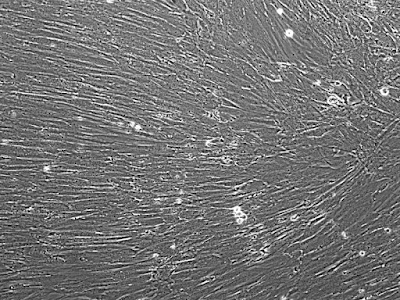 Human Mesenchymal Stem Cells isolated from bone marrow and provided a low passage. These cells have the ability to be passaged five to 10 passages in our Low Serum, Complete Medium (#SC00B1); which is optimized for high growth rates, reduced doubling times, healthy cells and stability. This Product is manufactured, tested and validated in an ISO 9001/ISO13485/CLIA certified facility.
Posted by Neuromics at 5:44 AM No comments:

This is the first study demonstrating the anorexigenic and anxiogenic effects of VacA. The authors propose the following. VacA secreted by Hp in the stomach travels via the peripheral circulation and passes through the BBB. VacA binds to LRP1 and activates the intracellular PLC-PKC pathway, resulting in the activation of Ucn1-positive neurons, such as in the PVN of the hypothalamus. Secreted Ucn1 induces the inhibition of food intake through CRF2 receptors and anxiety through CRF1 receptors (Fig. 6). The central Ucn1-CRF receptor axis activated by VacA might be a new important pathway that contributes to the anorexigenic and anxiogenic effects of Hp infection and could be a therapeutic target for Hp-induced alterations.
Posted by Neuromics at 3:11 PM No comments:

We are always honored when customers share their data and images. More is better! This month we would like to reward you for any data or images featuring any of our products you share with us.

Just e-mail Rose Ludescher, Manager of Customer Satisfaction, at rose@neuromics.com , and she will e-mail you a $50 Amazon Gift Card. 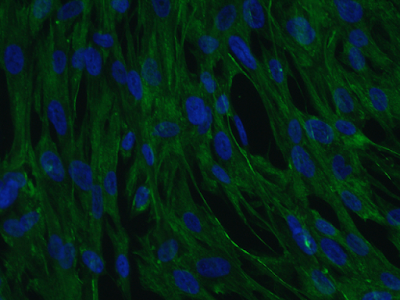