More Customer Data
We are pleased with the continuing stream of positive feedback on our potent FBS. This includes its supplementing media for cell lines.

Here is an image courtesy of  Kavita Shah of Purdue University. 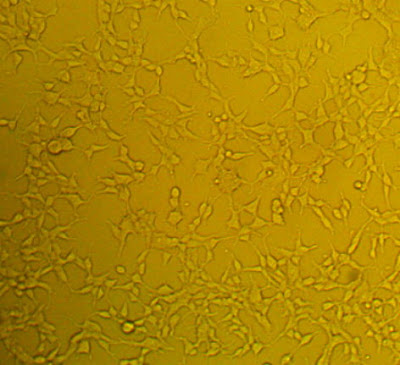 We offer the best price anywhere. We will beat all competitive pricing. If you are interested, contact Rose Ludescher, Manager of Customer Satisfaction. email: rose@neuromics.com.

Posted by Neuromics at 6:24 AM No comments: Links to this post

Optimizing your Cell-Based Assays
Researchers need solid proof that the solutions the use will work in their assays. Given the time and effort it takes to culture human primary cells, it is important that the media and supplements used are optimized.

We engineer our cell media and supplements to work with our primary and stem cells. Its potency is tested every day in our cell cultures.

As further proof, we ask customers to share their data with us. We reward them by emailing a 50 USD Amazon gift card. I would like to recognize Emily Rodela from TGEN for sharing the Trifecta of Neuromics' CAFS grown in MSC-Gro Media supplemented with our FBS. 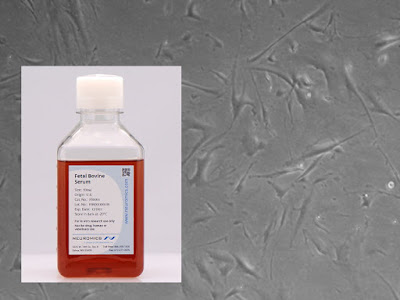 Image: Human CAFS-Pancreatic Stellates cultured in MSCGro™ supplemented with Neuromics' FBS - Fetal Bovine Serum. Courtesy of Emily Rodela, TGEN.
Posted by Neuromics at 5:40 AM No comments: Links to this post

Our ISOKineTM FGF is produced in the endosperm tissue of barley grain (Hordeum vulgare), that exhibits up to 50 times less protease activity than E.coli or mammalian cells. Barley seed is void of any human or animal viral contaminants that could jeopardize your cell culture.

It is a proven solution for all cell cultures and starts at the low price of  65 USD/10 ug. 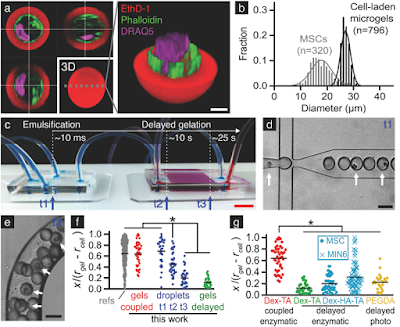 If you are looking for competitively priced, animal free and potent growth factors. check out our ISOkines.
Posted by Neuromics at 10:52 AM No comments: Links to this post

Publication Reference
We introduced our Cancer Associated Fibroblasts to researchers several years ago. The demand was strong from day one and continues to grow. 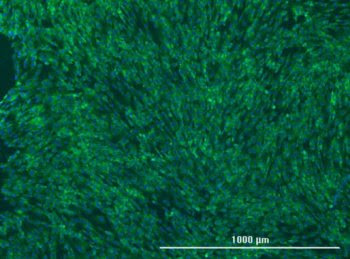 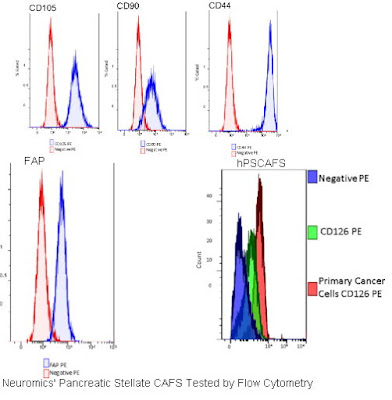 Posted by Neuromics at 4:33 AM No comments: Links to this post

Our TRPV1 Markers Rock
As sales of our Cell Based Assay Solutions continue to explode. We don't want you to forget that our roots firmly remain in products for Inflammation and Pain Researchers.

To verify this, you only need to check out the many publications referencing use of our TRPV1 Markers. 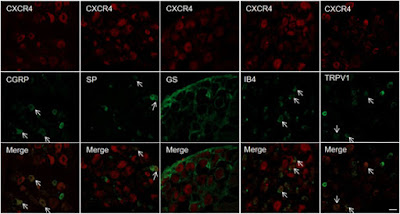 Image: Immunoreactivity for CXCL12 was detected in the macrophages (F4/80)
Posted by Neuromics at 9:28 AM 1 comment: Links to this post