Once the antibody or protein antigens have been properly adsorbed onto the ELISA/EIA plate, the next critical step in creating a reliable immunoassay is the blocking of the plate. This key is: 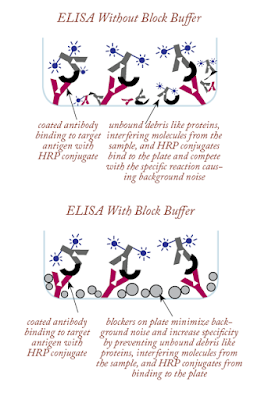 Neuromics's ELISA Blocking Buffer formulations reduce nonspecific binding of sample and assay components to the ELISA well while stabilizing the coated protein. Six formulations offer significant benefits to different assay situations. Browse the product selections below, or order our Blocking Buffer Optimization Pack to try three formulations at an economical rate.
Posted by Neuromics at 4:33 PM No comments: Links to this post

We are pleased to announce the addition of our New T-Cell Isolation/Selection Kits. They are fast and easy. Check out the Short Protocol. 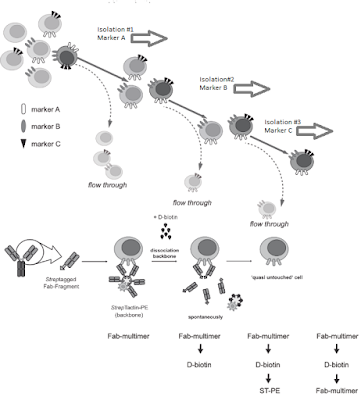 We also have T-Cell Expansion Kits!
We'll be adding more and more kits in the coming months and will keep you posted.
Posted by Neuromics at 9:26 AM No comments: Links to this post

In this example, Magic Red is used to measure apoptosis in HeLa Cells after treatment with Artesunate (ART), an anti-malarial drug and potential chemotherapy agent.

We have a variety of Apoptosis Kits for testing potential Chemotherapeutic Agents.
Posted by Neuromics at 6:14 AM No comments: Links to this post