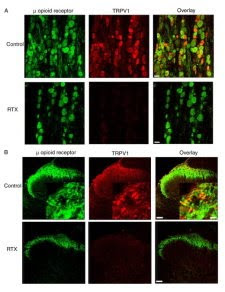 Neuromics' i-Fect ™ siRNA Transfection Reagent continues to be used a tool for studying expression of genes suspected to paly a role in pain . Expression studies include: DOR , The β3 subunit of the Na+,K+-ATPase, rSNSR1, NTS1. NAV1.8, CaV1.2 and more.

Here's a link to all transfection publications: Transfection Kit Pubs

Posted by Neuromics at 7:46 AM No comments: Links to this post

We are pleased to feature a recent publication featuring:

Here are the highlights:

Conclusion
Stem cells derived from human placenta can be differentiated into neural progenitors.