TLR3s and the Synaptic Transmission of Itch

Itch, also known as pruritus, is a common, intractable symptom of several skin diseases, such as atopic dermatitis and xerosis. This chronic condition erodes quality of life. 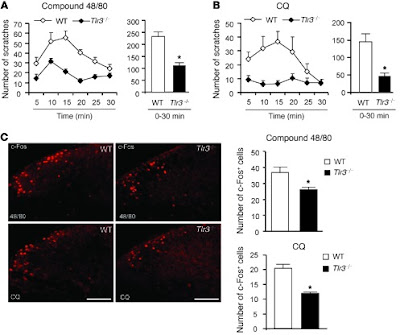 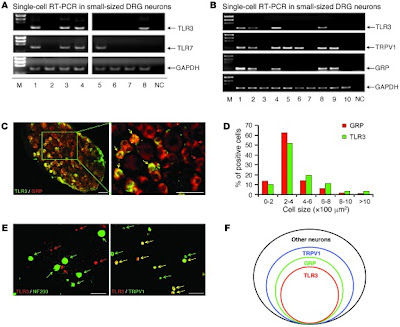 Nocic﻿eptive DRG neurons are involved in itch. TRPV1 and CGRP are indispensible for itch sensation. Given that all TRL3+ cells express these proteins, TRL3 could be a viable target for treating itch.

Posted by Neuromics at 5:21 AM