Our Tuj-1 antibody is widely used and frequently published. It is proving a potent marker for confirming the differentiation of human neural progenitors to neurons. 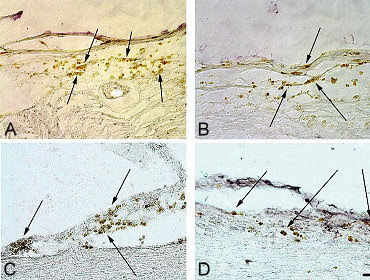 Protocol:﻿ Modified methods for staining spinal cord sections for the human neuron-specific class III beta-tubulin (TuJ1) to identify grafted hNT2.19 neurons after grafting have previously been described [51]. The sections were washed with 0.1 M PBS pH 7.4 and permeabilized with 0.4% Triton-X-100 in 0.1 M PBS, 10% normal goat serum (NGS) for one hour. The sections were then incubated overnight at 4°C in the primary anti-TuJ1 antibody (1 : 100 DPBS), and the permeabilizing solution, followed by a one-hour incubation at room temperature with the secondary antibody solution, biotinylated mouse IgG raised in goat (Vector; 1 : 200), a Peroxidase ABC reporter in 0.1 M PBS (Vector) and “VIP” substrate (Vector). Some sections were stained in the absence of primary antibody and served as the negative controls.

I will continue to post new applications for our stem cell research reagents.
Posted by Neuromics at 3:55 AM