Link Between Inflammation and Tau Pathology in Alzheimer's Disease

Providing reagents for Alzheimer's Disease Researchers is a strategic focus area for us. This includes making a variety of Primary Neuronal Cultures available to these researchers.

We evolve the strategy based on Researcher input and how the cultures are being referenced in publications. This reference is especially satisfying because of the vangaurd findings:

"Our data suggest a potential sequence of events triggered by the neurotoxic product of inflammation PGJ2 leading to tau pathology. The accumulation of Ub proteins is an early response. If cells fail to overcome the toxic effects induced by PGJ2, including accumulation of Ub proteins, apoptosis kicks in triggering caspase activation and tau cleavage, the clearance of which by cathepsins could be compromised culminating in tau pathology. Our studies are the first to provide a mechanistic link between inflammation and tau pathology." 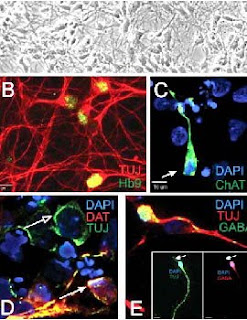 Posted by Neuromics at 7:02 AM